TLDR; Deepdrive has been rebuilt without GTA using Unreal Engine. Check it out!

Background - or skip to Unreal stuff

In early 2017, I worked with OpenAI to release an integration for GTAV into the Universe platform. The goal was to make one of the most complex video games available to researchers to experiment with methods like deep reinforcement learning for self-driving.

Unfortunately, we had to shut the project down as TakeTwo was not receptive to people using GTAV for this purpose.

Deepdrive was taken down early 2017 due to legal issues around using GTAV. Image from Deepdrive Universe blog post.

I know that many of you had spent time with Deepdrive 1.0 and Deepdrive Universe, and am deeply sorry for not being able to continue to support your efforts. I hope that rebuilding the project on Unreal will be able to restore what you found valuable in the GTA version, and eventually do much more.

Before the Universe integration had launched, I started work with the perception team at Uber's Advanced Technologies Group. Deepdrive caught their eye as relevant experience in applying deep learning to self-driving. It was also an opportunity to incorporate real world concerns back into Deepdrive, something I was grateful to Uber for supporting.

I noticed early on that the problems in simulation and in the real-world were often similar, but the solutions very different. For example, in imitation learning, you often need to reduce sampling error when training and test data are not independently and identically distributed. 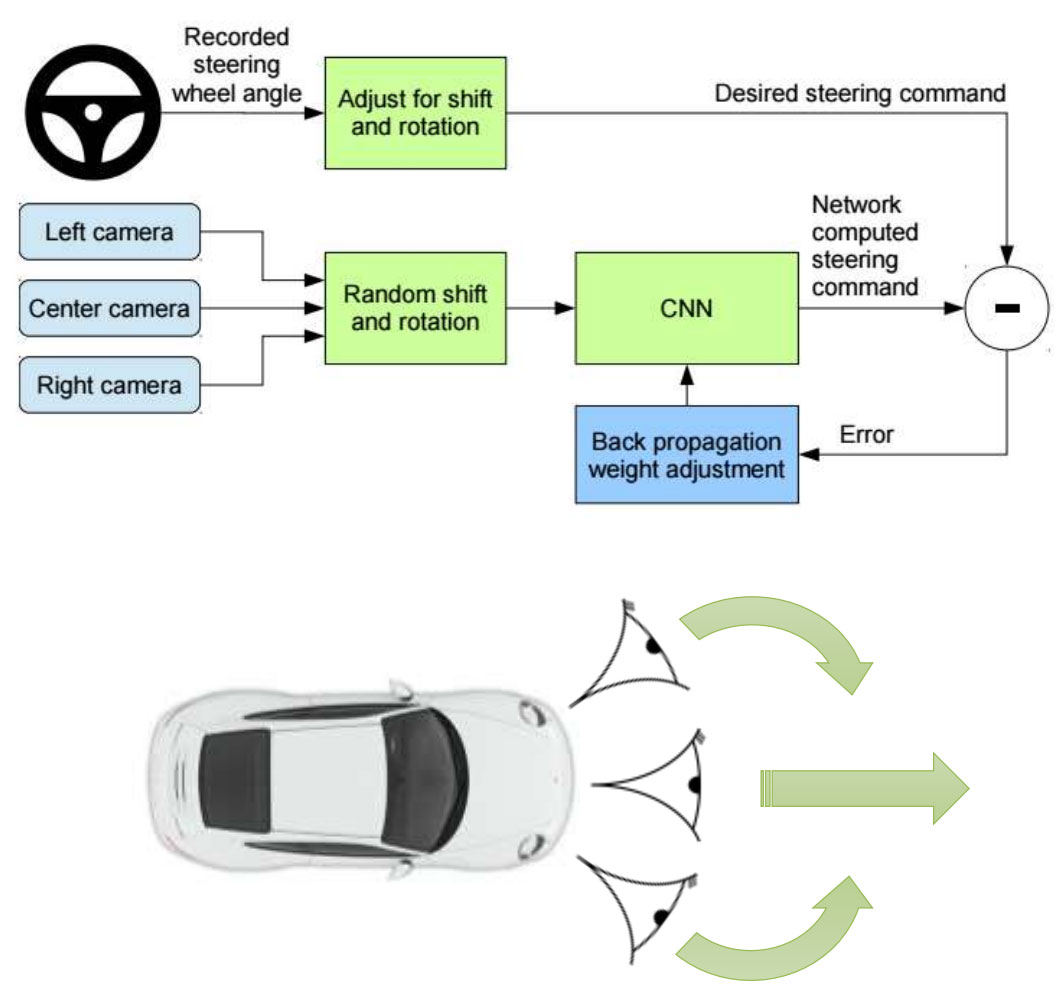 In real cars this is dealt with, by "pretending" as if a left or right camera is in the center of the car and that the car itself is shifted to the right or left. A corrective steering action is then generated to steer the car back into the center of the lane and used as an extra label for that frame. Viewpoint transformation can then interpolate between camera offsets, given the road is flat, to generate additional corrective labels using the same process.

In simulation, we can simply steer the car off course and see what an oracle path-following agent does to correct its trajectory. This works on hills, with corrective actions other than lane following, and in general allows for much better imitation learning as we can safely put the car into bad spots and get labels from it.

Example of randomly varying the trajectory to reduce sampling error. Frames captured during random actions are discarded, so the agent is only trained on the course corrective behavior.

So it’d be great to use simulated training in order to improve real-world performance as we can get much more accurate corrective actions for imitation learning. Excitingly, when we worked on verifying that agents can transfer between real and virtual environments at Uber, I found that a network which has only seen real-world data could drive in a simulated environment surprisingly well, i.e. stay in it's lane. So going the other direction is promising (virtual→real), although not something we tried.

I want to provide a brief side note to how this is possible as it will be very important for simulation to be useful. Work from Finn, Levine et al., demonstrates how to train a neural network with ideal sensors, in their case motion capture sensors, then swap out those sensors with a network which has learned to mimic them. This enables using just the camera as input at test time. Applying this idea to self-driving, we could train an agent with any state information available in the simulation (i.e. 3D or planning trajectories), providing we can also learn to generate that information from sensors we have in the real-world, i.e. cameras. This allows us to use much more information during training, drawing from essentially the god-like sensors available in simulation. 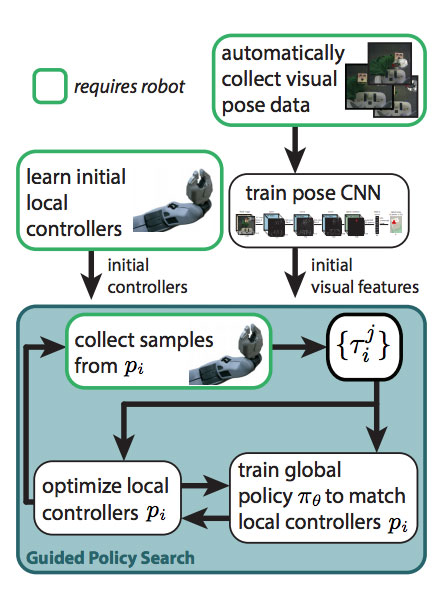 The trick then becomes making the simulation realistic enough for that training to transfer to the real-world. This is where GANs and style transfer methods could help generate contextually realistic training data. Below are some visual examples.

Okay, so this has become more than a brief side note, but the point is that we can essentially cheat within simulation and get away with it by using neural networks which map the virtual world to the real world and vice versa.

Through experiences at Uber, I became familiar with the problems of real autonomous vehicles - digging into the fundamental reasons for our disengagements and riding along in test cars. This gave me a deep appreciation for the difficultly of the problem and made me increasingly excited about what an open self-driving simulator could to help make self-driving happen.

So in November, I left to do just that and began work on Deepdrive 2.0.

The move to Unreal 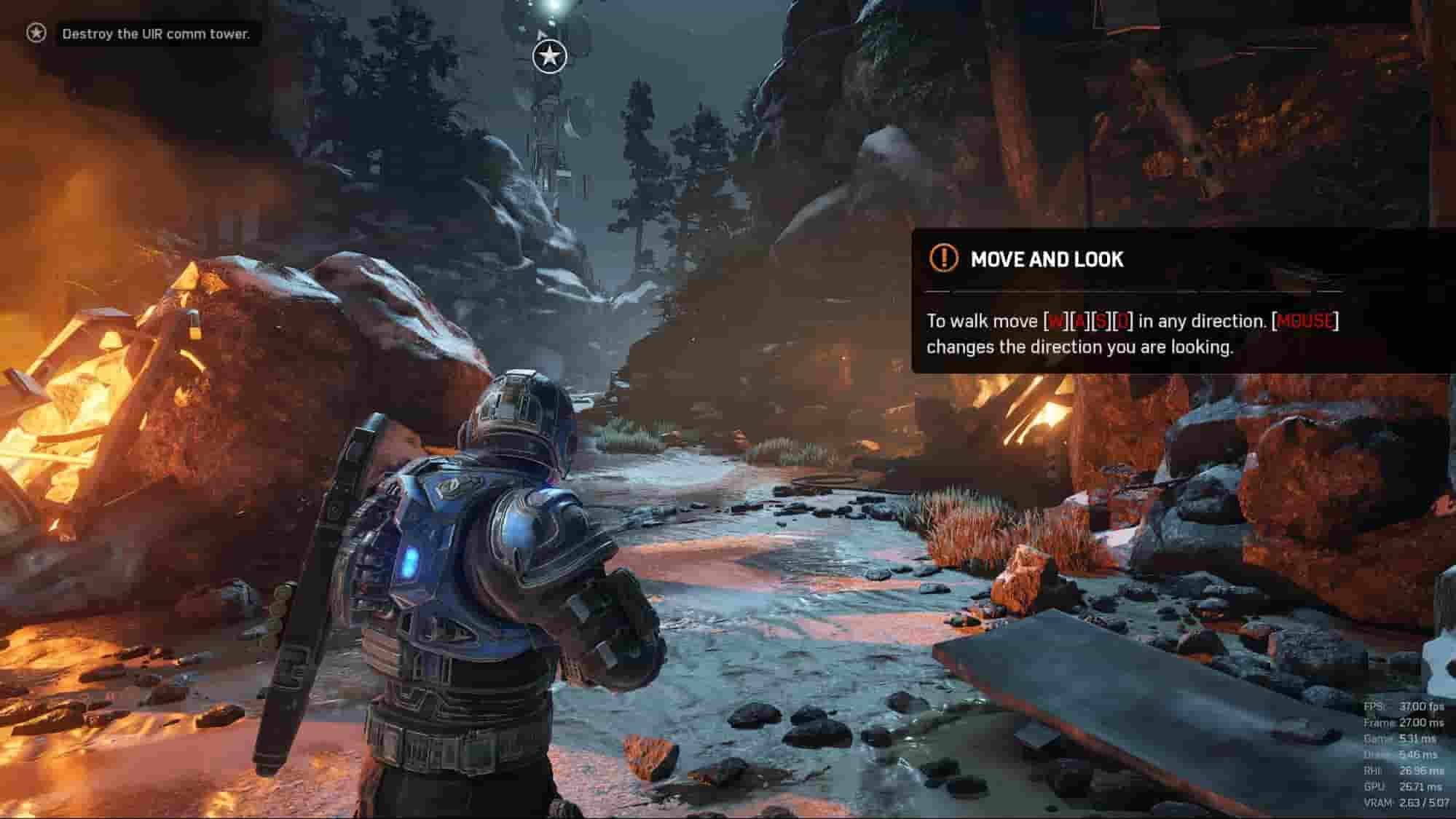 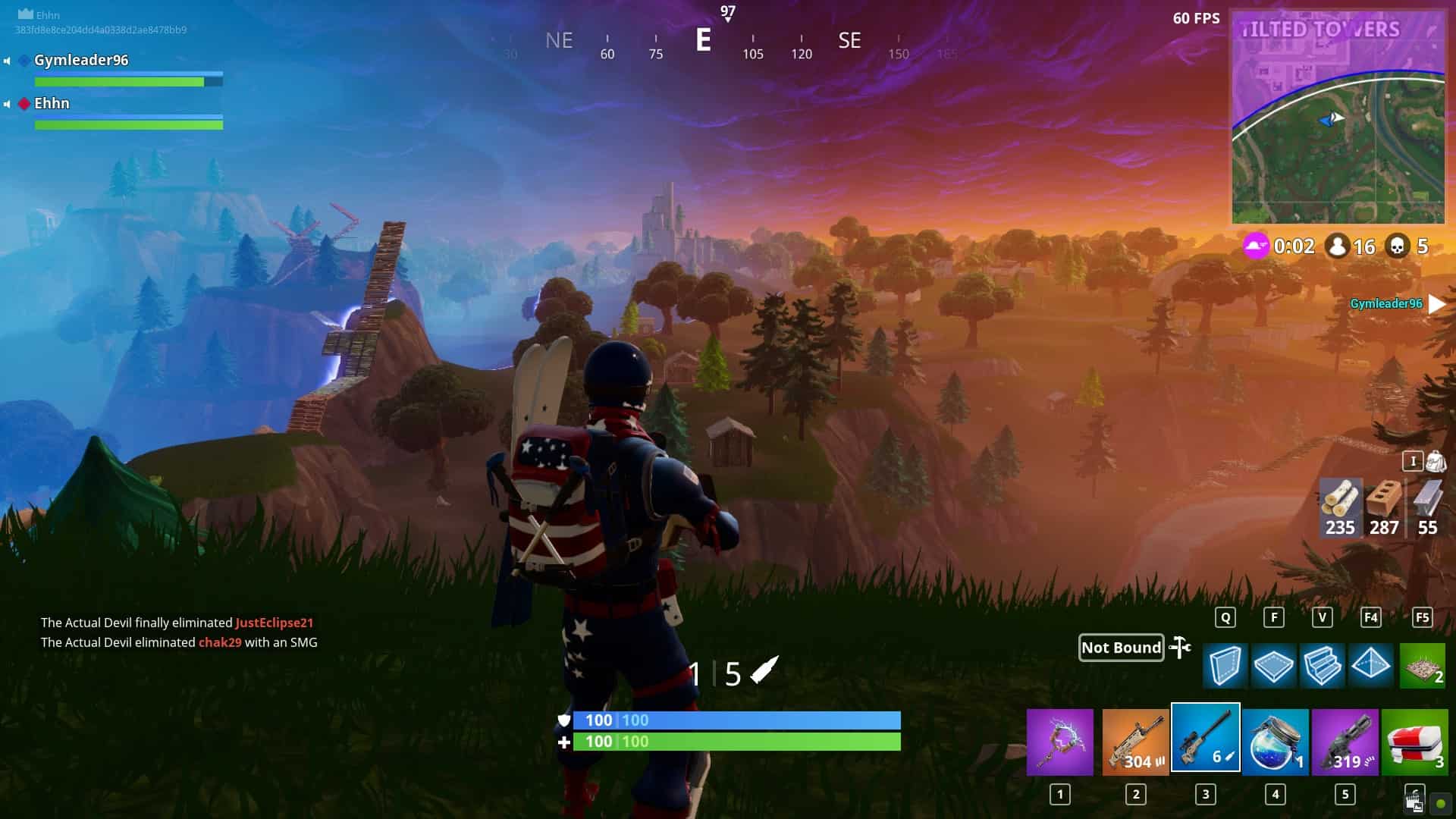 The first step in developing Deepdrive 2.0 was choosing an engine. Of the many we evaluated, Unreal not only checked the boxes, but "felt" best to us while using it, especially in Linux. From a feature perspective Unreal is the only free, shared source, AAA engine available. Having the source is critical as we're going to need to optimize 8+ camera rendering, run faster than real-time, and possibly swap out the physics engine.

Our comparison chart of game engines circa 2017. Quake 3 thrown in for its use by DeepMind, a major driver of increasing sophistication of environments used in deep RL research.

There are a lot of other engines out there, including some really interesting ones like the MIT licensed Godot, however when it comes to realism - Unity, Unreal, CryEngine and are still quite far ahead of the pack.


Example of the latest in realism. Demo at GDC 18 of real-time raytracing in Unreal.

Besides Deepdrive, other open source self-driving simulation projects like AirSim and Carla are also using Unreal. It’s my hope these sims can reuse components and cooperate. We have already worked with the Carla team on some synchronization functionality and it’s very exciting to see the growing community around open self-driving. In addition, the self-driving simulators at NVIDIA, Cruise, and Zoox are all built on Unreal, and there are likely more who've not yet gone public about it.

Regardless, I think it’s a benefit to everyone to have a variety of simulators available. A cross-simulator benchmark would be extremely helpful for helping test agents ability to transfer between environments, as transfer to the real-world is the ultimate test. If you’re interested in working on this idea drop me a line.

You don't need to develop in Unreal to use Deepdrive; you just need to write Python. However, for many projects, it will be important to be able to modify the simulation, or at least see how it works at its lowest levels.

For example, there are a plethora of options available in Unreal for changing the way the vehicle moves, including torque and steering response, differential, transmission, and engine settings.


Adding a keybind to one of Unreal's built-in AI functions in a Blueprint.

You can also prototype ideas in Unreal very quickly thanks to blueprints, its node-based scripting environment. Blueprints are 10x slower at runtime than C++, but it's easy to detect hotspots with Unreal's GPU and CPU profilers and reimplement slow Blueprint code in C++. 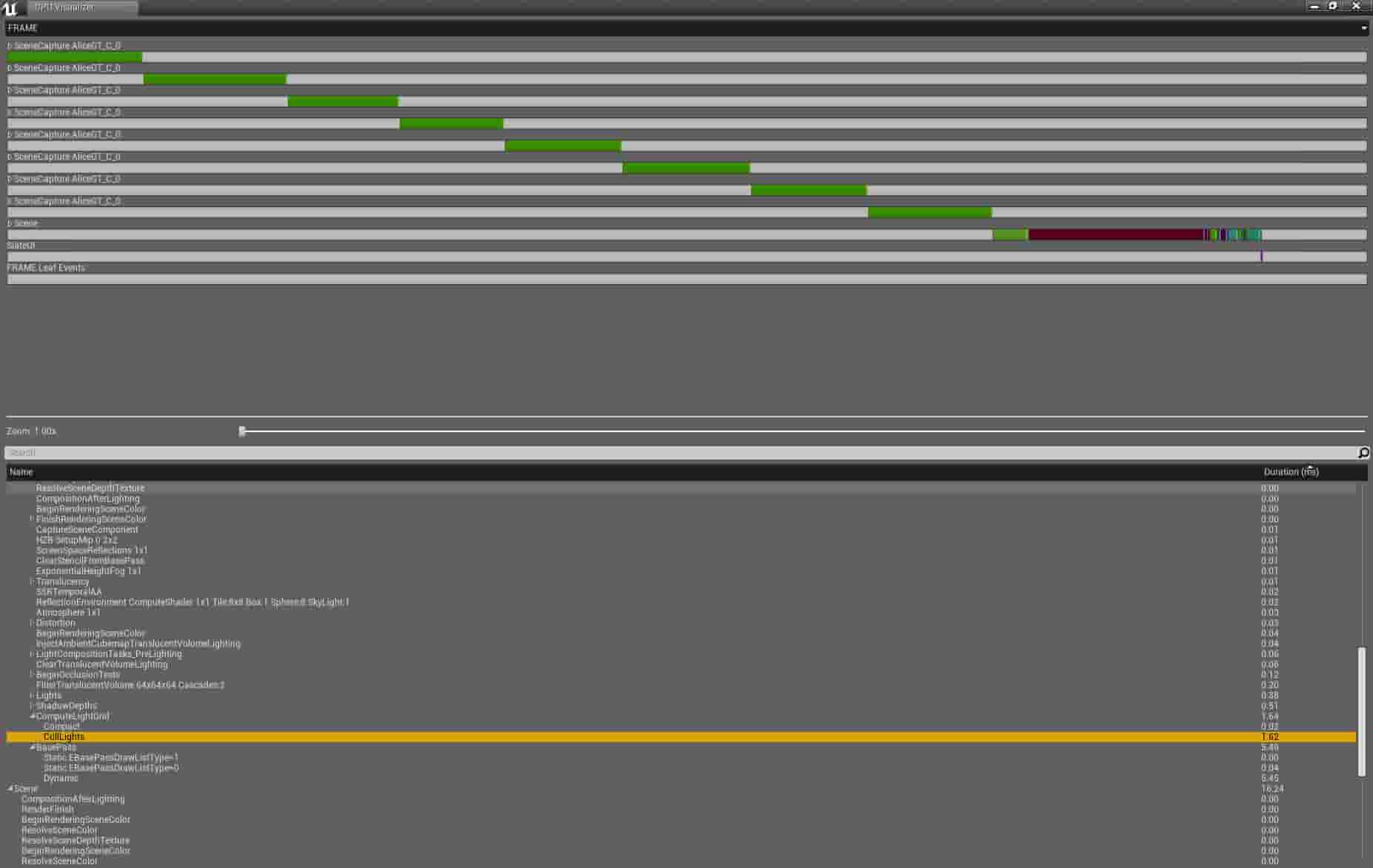 Press `` in Deepdrive to open the Unreal Console and call into C++.

We ship our sim with the Unreal Console enabled, meaning you can call any of the built-in Unreal commands straight from the game. You can also call your own C++ the same way with custom commands.

We use Substance and its Unreal integration for many of our materials, which we have found to be the source of several incredibly realistic surfaces in Unreal games. Substance also makes it easy to procedurally generate your own realistic materials and textures.

Unreal's debugging workflow allows you to easily break anywhere into engine code or your own code, then hot-reload C++ in your project.

So far, we've been very happy with Unreal Engine, a AAA game development platform with modifiable source, and a solid start at becoming the engine of choice for self-driving simulation. We look forward to using it to make self-driving more accessible to everybody.

Creating fully autonomous cars will mean developing AI that has a grounded understanding of physics, our 3D world, and how to interact, predict, and cooperate with us. These capabilities will eventually enable AI to understand more abstract concepts within language, read the web, and someday become more capable than humans at every job there is. It's therefore extremely important that self-driving AI be developed in the open and in a manner sensitive to the sweeping effects AI will have. The only way we can see doing this is with an open self-driving simulator.

A beneficial distinction of self-driving vs other large existing AI applications (i.e. search and social) is that the privacy and secrecy concerns are far fewer. This enables better open datasets and for building models in the open that can be deployed without training on private data. In general, developing AI applications in the open is important so that people have access to the technology making an increasing number of decisions in their lives.

Deepdrive is a self-driving car simulation, but our goals extend beyond that. Our aim is to create a platform that sets a precedent for the safe development of future applied AI. The type of AI which we can all be proud to say was, created by us.

Made with ♡ on our pale blue dot